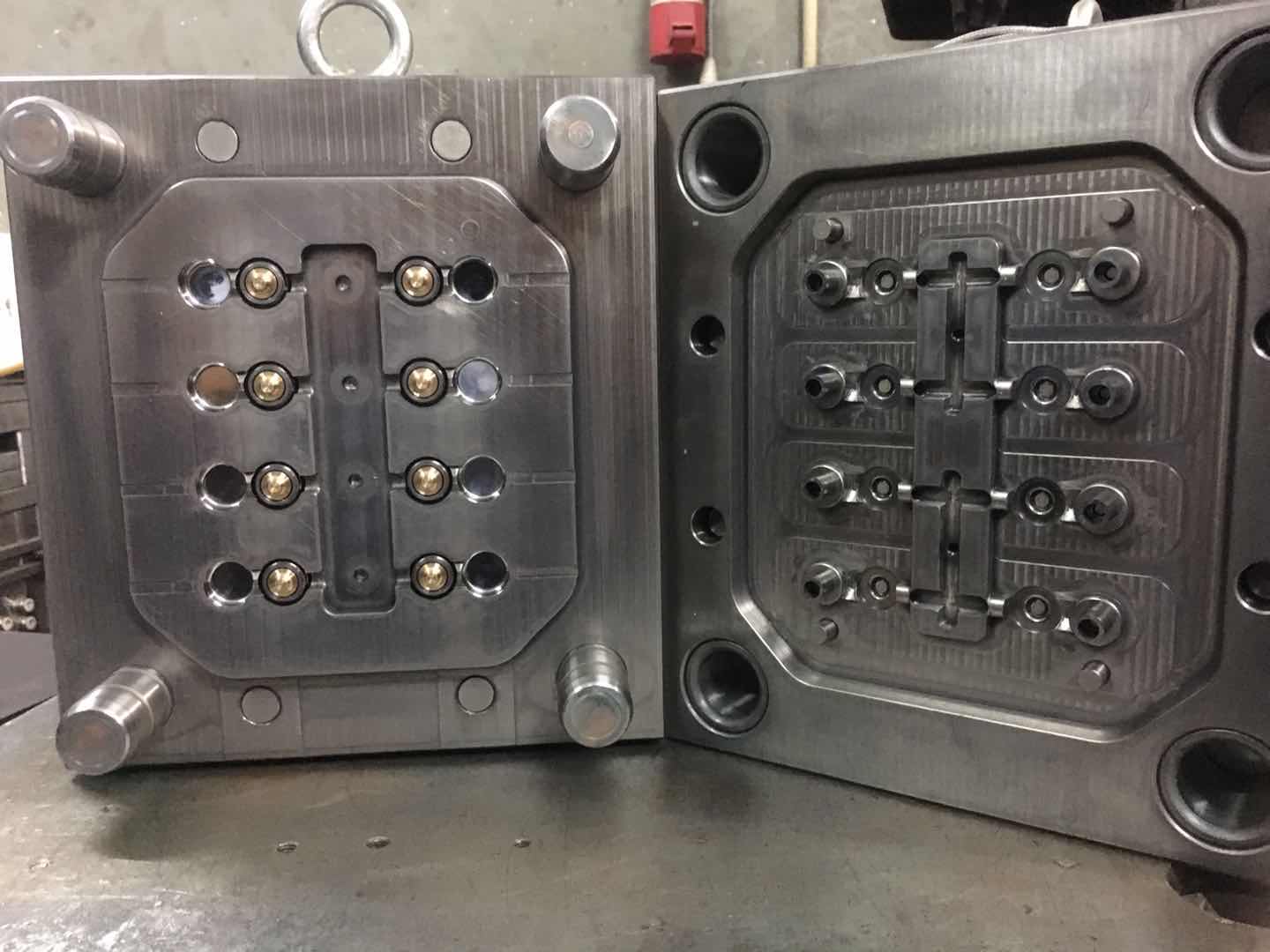 We are dedicated to make the quality cap mould with mould steel ,P20,H13 and S136 .and our cap mould includes:

How to design screw on a bottle flip top cap,lid and closure mould

Inside Threads on cap

Inside threads usually occur in cap but also may be designed in many technical products such as plastic pipe hardware, etc.

The planned method of manufacture (molding, or machining after molding) should be considered.

The cap mould could be much simpler (and considerably less costly) if the cap is threaded after molding; the designer should be aware of the production quantities required.

As we stated before，it is more important to arrive at the lowest total cost product than at the most elegant method of manufacture.

If the thread must be molded, we again have two choices of how to remove the product from the core: by unscrewing or by stripping.

Unscrewing Threads are usually designed to standards and, as a rule, consist of more than one pitch (length).

In many screw caps for bottles Jars, tooth paste tubes, and technical closures, two to six pitches are quite common.

Within reasonable limits, there is usually no problem with the number of turns that are required to unscrew the cap，except that, the more turns，the larger will be the actuating mechanisms required in conventional unscrewing cap molds.

Also, more turns mean longer products, more plastic, more molding, and more unscrewing time (longer cycles). In many closures, it has been shown that a thread length of one or two pitches is sufficient for good holding power and tightness of the closure.

This is an area the cap mould making designer must carefully consider because the wrong decision can become very costly in the long run.

There are several unscrewing methods; however, all depend on features that are not part of the product design but which must be indicated on the cap drawing.

stripper ring; the cap must be held so that it can be unscrewed away of the core, and retracts.

This usually ratchets on the underside of the wall of the screw cap，In one system, the cap requires ribs or other projections on the outside, where an external unscrewing device can engage to grab the closures to remove them from the cap mold cores.

The design of these aids for unscrewing should be discussed with the mold designer for this project.

From the foregoing discussion, it becomes clear that any unscrewing method requires either complicated cap moulds or special machines.

The molding cycles are also slower than comparable products that need not be unscrewed.

Cross section of a product ejected using a stripper to push the plastic over the “hump” in the core; the greater angle IS，the greater the difficulty in stripping quantity applications, the core could be also removable from the mold and unscrewed from the product outside of the mold, by hand or by using fixtures.

Stripping is the easiest (and often the lowest cost) solution for ejecting the cap or closer; however, the ease of stripping depends on many equally important factors.

The theory of stripping is quite simple. As the cap mould opens, and after the cavity has moved away from the core side, the ejection starts, caused by the stripper moving forward.

Influences Affecting the Ability to Strip a cap.

The greater the angle is, the more difficult  the stripping action will be. This is quite obvious: a sharp angle (a = 90%) makes ejection virtually impossible.

The projection would act like a hook, and the plastic cap would shear off in the groove rather than pull out.

Screw threads could have a 90% angle if absolutely required, but that would definitely call for unscrewing; stripping would not be possible.

The greater the height “h”, the more difficult is the stripping action.

However, there is an important relationship between the height h, the Diameter “d”, and the ease of ejection.

As the plastic is dragged out of the groove, it stretches and is stressed in tension.

The amount of stretching can be calculated by using the circumference C of the circle, with the diameter d, (C = dπ).

In other words, the greater the cap diameter d, the easier the cap will slip out of its groove in the core.

A cap made from a relatively stiff plastic could be striped if d is large, but it would break during ejection if d is small.

The type of plastic and its modulus of elasticity E and tensile strength are，therefore, important factors in determining the sizes and shapes of an undercut planned to function in some manner, such as to hold (snap onto) some other product or to form a screw thread.

Note that many screw threads, and especially threads for closures, have standardized shapes，which originally evolved from threads on glass bottles and jars.

Such standards should be followed, and their large tolerances used to obtain maximum benefits for plastic threads.

Also, note that the finish of the groove also has some influence on the ease of stripping, especially with materials requiring high polish for good ejection.

Number of Threads (Pitches) The easiest and best way to strip threads is to specify only one thread (one pitch) so that the stripped thread will not slide into an adjoining groove but continue to slide uninterrupted off the core.

By considering the factors influencing stripping as described above, the designer will succeed in creating a screw cap with the proper shape of the cross section of the thread (projection) and a suitable h/d ratio so that the product made from even a plastic can be readily stripped, without the need for an unscrewing cap mold.