How to chose correct injection mould? 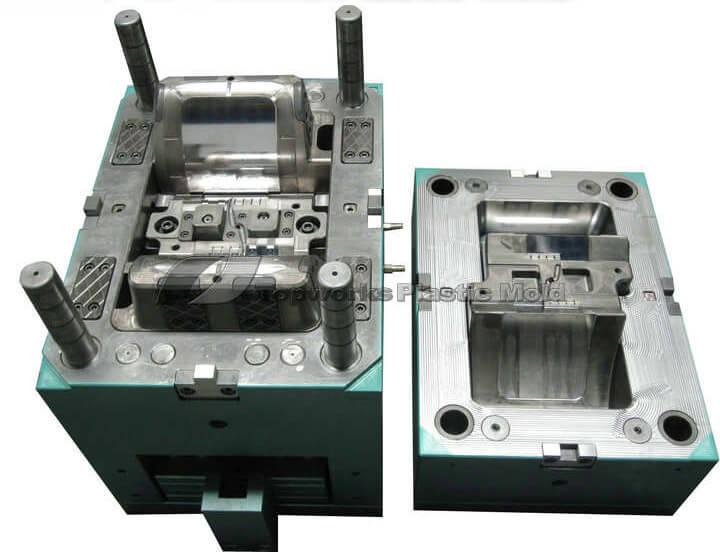 How to choose correct injection mould?

Injection mould design types and configurations vary enormously due to the many technical requirements of the moulded components to be produced.

For this reason, the categorisation of mould tool type can only be generally applied.

Of all the mould configurations employed, the two- plate and three-plate mould designs are the most easily recognisable in appearance.

The two- and three-plate designs owe their names to the number of split or parting lines employed within the tool design. Figure 1. illustrates the significance of split line position with respect to the individual mould designs.

The two- and three-plate designs form the basis for many variations on their basic design format. The following are examples to illustrate how they may be employed:

Figure 1. The significance of split line position with respect to individual mould designs.

more frequently referred to as hot runner moulds, in which the material feed system remains molten throughout the entire moulding cycle，only freezing off at the gate of the moulding prior to ejection from the mould.

which produce components whose features undercut the mould cavity or core components in such a manner as to require core pulling or feature removal prior to mould opening or ejection.

Stack moulds in which the impressions are stacked either side of the mould centre plates, often used on vertical moulding machines for compression moulding purposes, e.g. the manufacture of insert loaded components，records, sinter moulded components made in PTFE， etc

The use of a mould specification has a number of advantages to the mould designer in terms of reducing the likelihood of unnecessary mistakes occurring and building up the designer’s background knowledge of related subjects.

A good mould specification also provides the mould designer with the basis for a quality control system for customer auditor approval requirement thus increasing customer confidence, a factor of importance with respect to further order placements.

The easiest way of compiling a mould specification is by the use of a standard formatted form with all the required information laid out in a logical sequence.