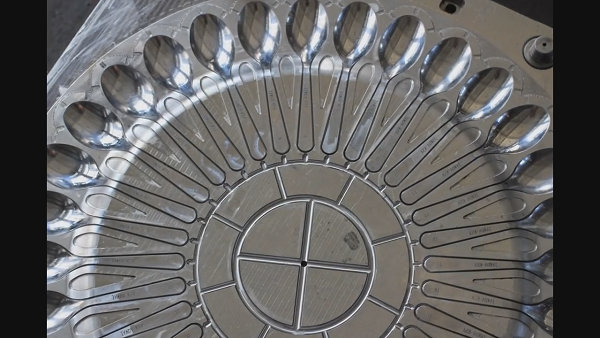 The location of the gate is of importance with respect to the way in which the polymer flows into the mould impression. Other factors have to be taken into consideration when choosing a gate location, which include:

After consideration of all the previous points，it must be apparent that the positioning of the gate must be determined relatively early on and before the design build-up has started. If the forks,spoon and knife component is to be conventionally fed, i.e. non-hot runner, the gate location options are further restricted due to the limitations of the two-plate mould design. Restrictions exist because of the necessity of having to gate on a single plane about the mould split line. When confronted with gating requirements outside the scope of the two-plate design，the mould designer has the choice of selecting either the three-plate or the runnerless mould design formats in order to achieve the desired gate position. 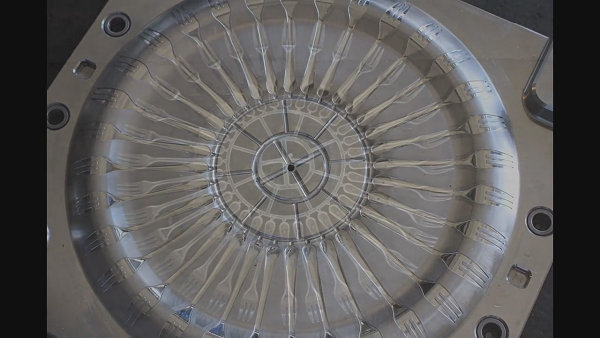 The cutlery mould includes: Plastic Spoon mould,Fork mould,Knife Mould.Once the most probable gate location has been decided, a gate of the correct design and geometry has to be chosen. Gate designs differ according to their intended application. The factors which affect the choice of gate location also affect the choice of gate design to be adopted. For single impression cutlery moulds or individually large components, a directly fed gating system can be employed. In such cases an extended machine nozzle feeds directly onto the mould impression, thus removing the need for a runner system. To achieve an even fill of the moulding without weld lines，directly fed gates are usually situated at the geometric centre of the component, e.g. dustbin bodies, cutlery,buckets，spoon,forks,knife,bowls，etc.，when possible. 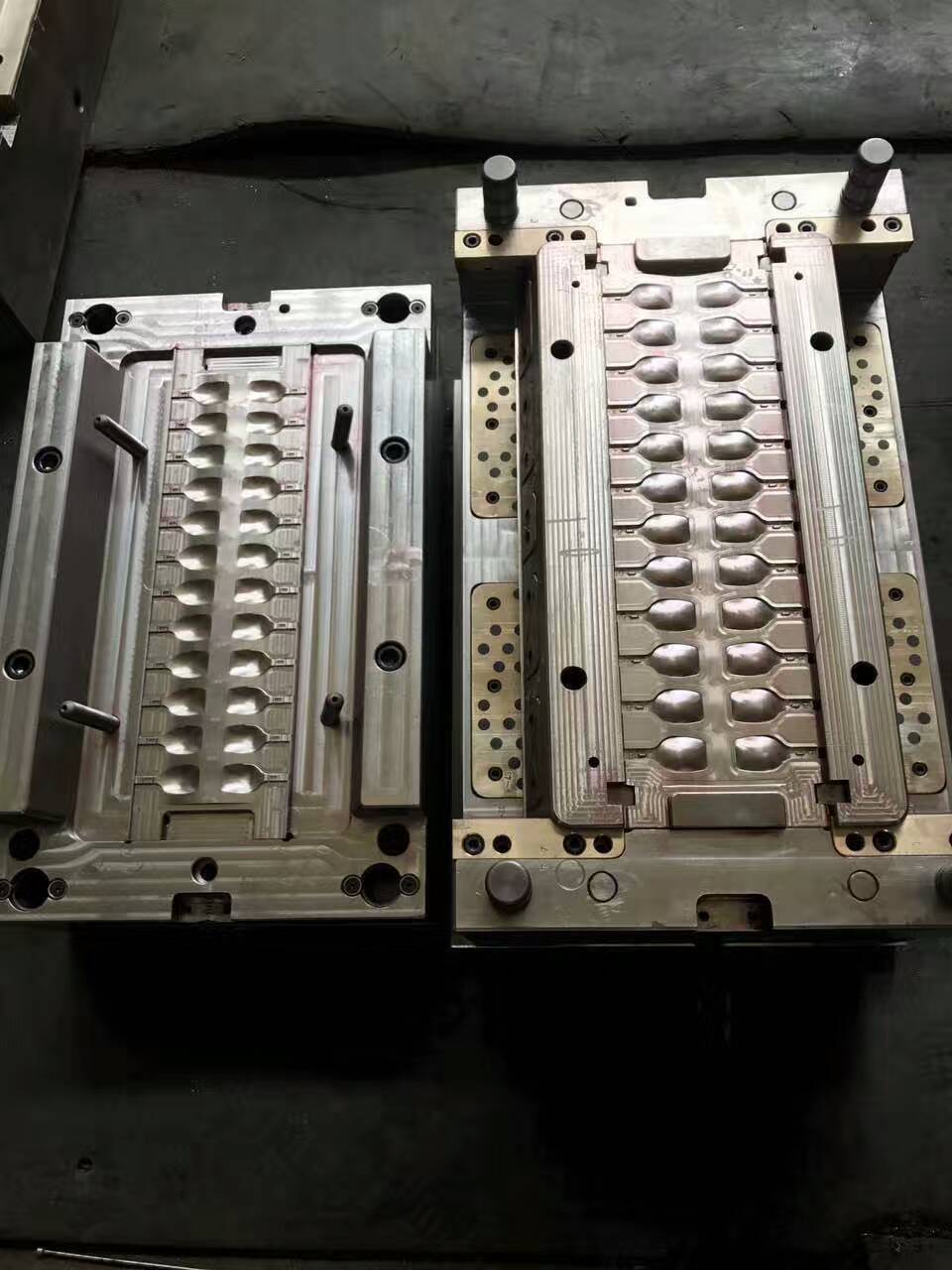 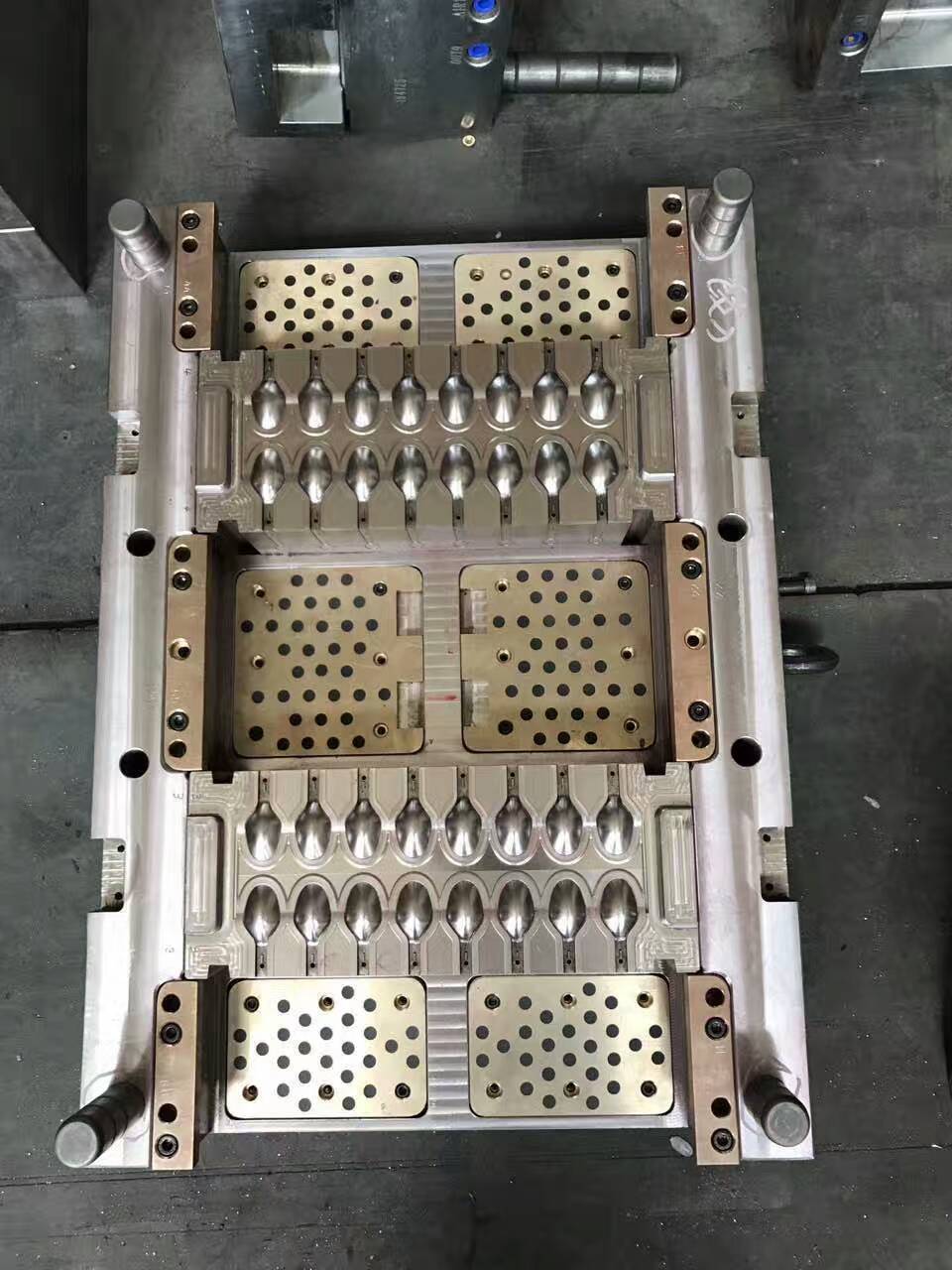 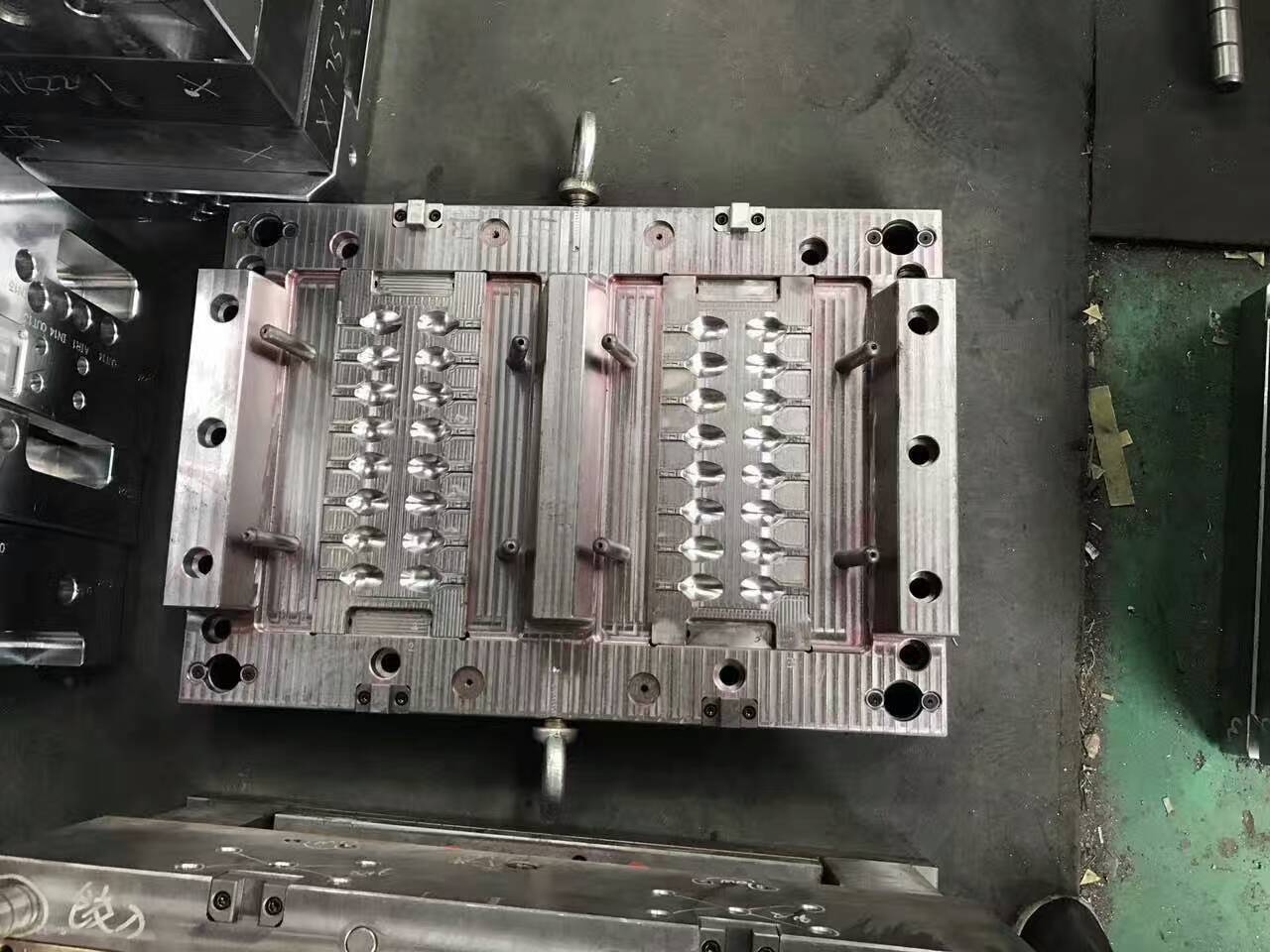